The omega-3 fatty acids DHA and EPA are essential for a healthy and balanced diet. The fatty acids have been shown to have a positive effect on blood count levels, infant development, cognitive health and the immune system. The main source of omega-3 fatty acids in the Norwegian diet is fish and seafood.

Why does salmon contain less omega-3?

Fishmeal and fish oil, which are sources of omega-3 in salmon, are made from wild fish. In order to increase salmon production when access to fishmeal and fish oil is limited, some of the marine ingredients in the feed are replaced with plant ingredients. More plant ingredients in the feed for farmed salmon means that the feed contains less marine omega-3 now than was the case before. Nevertheless, farmed salmon is still a good source of omega-3. One meal with farmed salmon covers a week's recommended intake of marine omega-3 for healthy people. A dinner portion of farmed salmon (150 grams) will provide an average of 1.8 grams of EPA and DHA. DHA accounts for well over half of this.

Read more about why there is less fishmeal and fish oil in feed.

The salmon itself produces omega-3

The salmon's unique biology means that it is able to produce omega-3. There is therefore more omega-3 in salmon meat than there is in the feed that the salmon eats. According to the Norwegian Institute of Marine Research, when the feed is properly constituted, the salmon can convert plant omega-3 into marine omega-3. 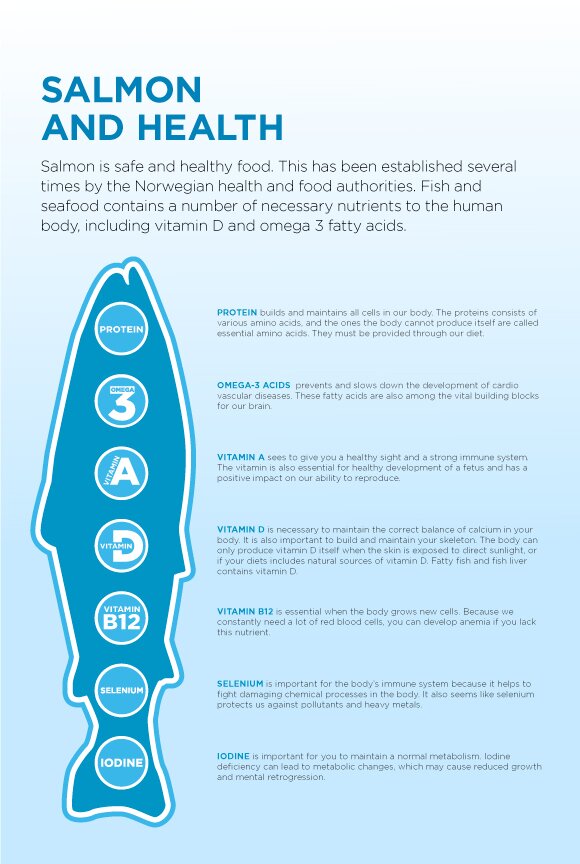 Article about essential fatty acids (in Norwegian only)